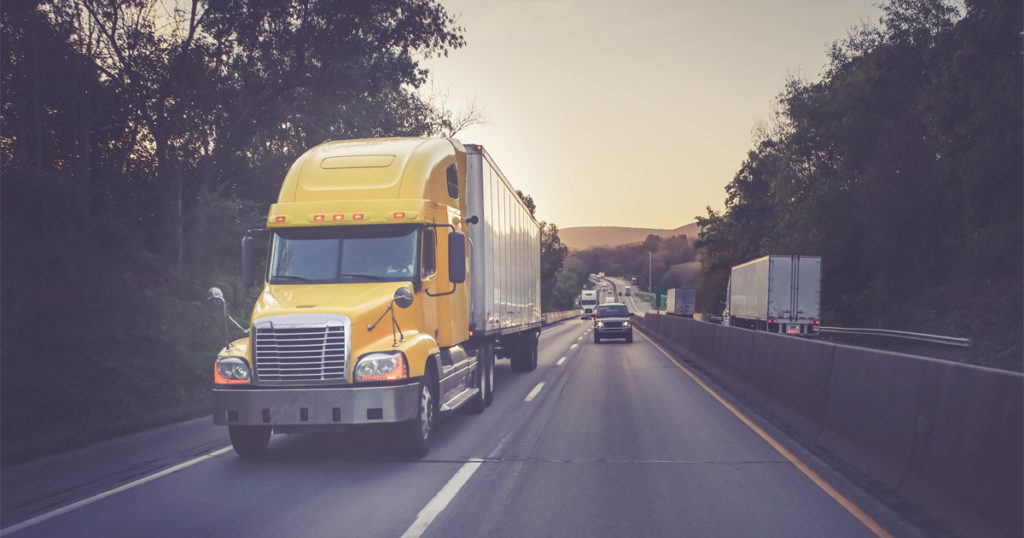 Owing to the massive size and weight of the average large commercial truck, traffic accidents involving large semi-trucks are some of the most devastating and destructive accidents. However, according to a new study from the opens in a new windowInsurance Institute for Highway Safety (IIHS), these catastrophic and often deadly accidents can be significantly reduced if all large trucks are equipped with advanced safety technology such as automatic emergency braking (AEB) and forward collision warning (FCW). Although this technology is widely available, and many passenger vehicles come equipped with AEB, FCW, and other safety technology, there are no regulations that mandate AEB for passenger vehicles or large, commercial semi-trucks. The combination of effective safety technology such as AEB and FCW, combined with proper braking techniques, can prevent devastating rear-end truck accidents and save thousands of lives.

What Are the Highlights of the IIHS Study?

Researchers from the IIHS studied FCW and AEB systems to determine the effectiveness of these advanced safety technologies in reducing the number of large truck accidents. They collected data on Class 8 trucks that operated on limited-access highways between 2017 and 2019. Video footage provided data on exposure measures and crash circumstances. They found the following results:

There are currently no regulations that require passenger cars or large commercial trucks to be equipped with AEB. According to the IIHS, in the European Union, AEB technology has been standard on trucks for the past seven years. Although most passenger vehicles will be outfitted with AEB technology by 2022, the IIHS believes that the United States needs to follow the European Union’s lead and require all large trucks to be equipped with this life-saving technology as well. Researchers estimate that each year AEB regulations are delayed, approximately 8,000 people will be injured and an additional 166 will die in serious, yet preventable, truck accidents.

How Can Improper Braking Technique Cause Large Truck Accidents?

Operating a massive commercial truck requires significant training and a commercial driver’s license because operating a large truck is quite different from driving a passenger vehicle or even a small truck. The average commercial truck can weigh up to 80,000 pounds, whereas the average passenger vehicle weighs approximately 4,000 pounds. In addition, large trucks are longer, wider, and less stable than cars because they are hauling massive trailers that are coupled to the cab. It is imperative that truck drivers understand how to safely operate a big rig, particularly when driving on a busy highway with other passenger vehicles in the vicinity. One of the most important things a truck driver needs to understand is how to safely slow down or come to a complete stop. A well-trained, competent truck driver should use the following braking techniques:

Truck drivers must also understand the proper braking technique when navigating a steep incline. Failure to properly break can cause the driver to lose control of the truck, the consequences of which can be devastating to the truck driver and the other motorists in the vicinity. The following are examples of braking techniques that truck drivers should use when approaching a steep hill:

If a truck driver fails to use the proper braking techniques, he or she may not be able to slow down or come to a complete stop in the amount of time required to prevent an accident. The following are examples of truck driver negligence that can cause serious accidents:

Who is Liable for a Truck Accident That is Caused by Brake Failure?

There are a number of parties who may be held liable if brake failure leads to a serious truck accident, including the following:

Commercial truck brakes must be able to develop a minimum braking force based on the truck’s weight, slow to a stop at a specific rate, and meet the requirements for automatic brake adjustment systems, as well as other performance standards. If the brakes do not meet these standards, they are considered a defective product. Whether the brakes have a design defect, a manufacturing defect, or a defect in the product handling process, the brake manufacturer could be held liable if the defective brakes caused an accident.

Truck drivers may be held liable for deliberately or unintentionally limiting the power of the braking system. For example, if a truck driver unhooks the cab’s braking system and uses only the trailer’s brakes, this puts unpredictable stress on the rest of the vehicle. Drivers sometimes do this because it can help the truck owner save money on maintenance. However, it can increase the risk of a serious accident if the driver loses control of the truck.

According to federal law, truck owners must maintain a log that keeps track of each inspection and all maintenance activity. If the truck is involved in an accident and the log is incomplete, is missing important information, or there are major discrepancies with what the forensic investigator discovered at the scene of the accident, the truck owner or the maintenance company could be held liable. In addition, when cargo is not loaded properly, it can cause the brakes to overheat. Depending on the circumstances of the accident and the factors that caused the crash, it is possible that multiple parties could be considered at fault, in which case a truck accident victim could file multiple injury claims. A skilled catastrophic injury lawyer can review the injured victim’s case and recommend the best legal course of action.

If you or a loved one was seriously injured in a truck accident, do not hesitate to contact the Los Angeles truck accident lawyers at ACTS Law. We understand how devastating these accidents can be, particularly if a truck’s brakes are not working properly or the truck driver was not using safe and effective braking techniques. Our dedicated legal team will conduct a thorough investigation into the details of your case and determine who is responsible for causing the accident. We will thoroughly explain the claims process and fight for all entitled financial compensation so that you can focus on your recovery. To schedule a free, confidential consultation, call us today at 833-ACTS-LAWopens phone dialer or contact us online.

With offices in San Diego and Los Angeles, we serve clients throughout Southern California.