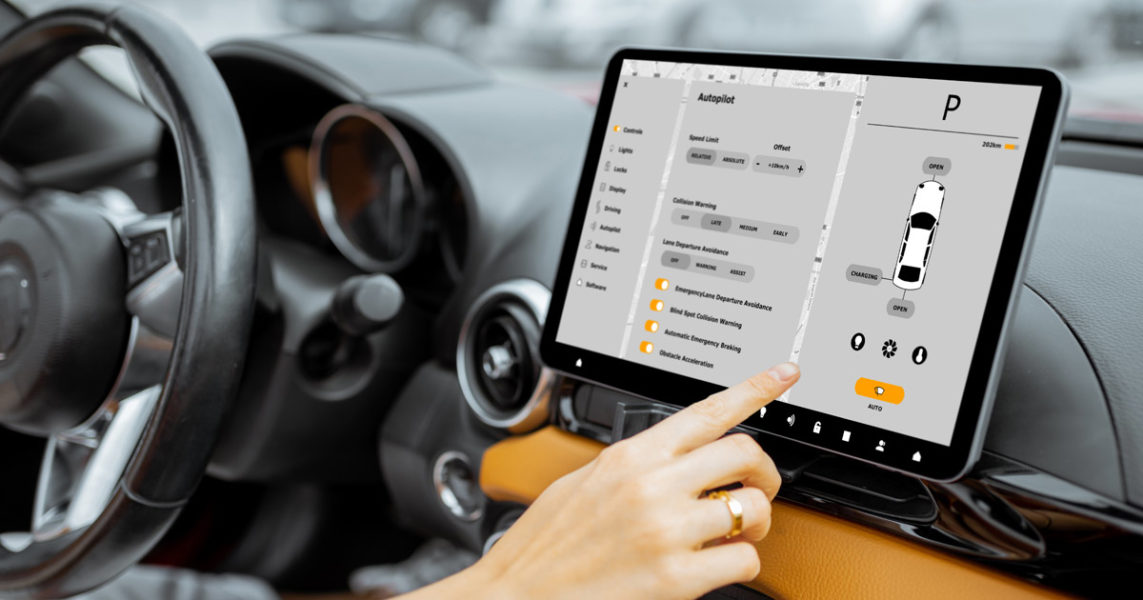 Automotive technology has advanced by leaps and bounds in recent years. In fact, with the advanced safety technology that is equipped in most new cars, and the large touch screens that are positioned on a vehicle’s dashboard, new cars are like large computers on wheels. Although many of the computerized infotainment screens include physical controls, some do not, and even those that do are less likely to be used by drivers if they can simply touch the screen in the same way that they use the touch screen on their phones. There is a growing concern among automotive safety officials that large touch screens are a major distraction for drivers and increase the risk of a serious car accident. Distracted driving car accidents cause catastrophic injuries, particularly if the vehicles are traveling at a high speed.

A large screen is appealing to many consumers for its sleek look, the ability to connect to apps and podcasts, and its ability to program the navigation system with a single touch.  However, according to a study from the AAA Foundation, in-vehicle infotainment systems can be very distracting. This is  particularly true for older drivers who may not be as comfortable with all the technological bells and whistles as younger consumers. The study found that drivers between the age of 55 and 75 took their eyes and attention off the road for over eight seconds longer than drivers between the ages of 21 and 36 when doing simple driving tasks such as changing the radio station or programming the navigation system. Because a driver’s risk of a car accident doubles simply by taking his or her eyes off the road for a mere two seconds,this is a very concerning statistic.

What Were the Highlights of the AAA Study?

The AAA Foundation for Traffic Safety worked with researchers from the University of Utah to determine the visual and cognitive demand created by infotainment systems in six 2018 vehicles. Study participants were separated into two age groups, including drivers 21 to 36 years old and drivers 55 to 75 years old. Participants in each age group were required to carry out a range of tasks using the touch screen, including using voice commands, making a phone call, sending a text message, changing the radio station, and programming the navigation system, all while operating the vehicle. Researchers found that the technology caused unsafe distractions for all the drivers, but the safety risk was more significant in the older drivers. For example, the older drivers took 4.7 to 8.6 seconds longer than the younger drivers to complete tasks such as making a call or programming the navigation system. In addition, the older drivers experienced slower response times and increased visual distractions.

Although the study suggested that large touch screens are particularly distracting for older drivers, design changes can be made that could help drivers keep their eyes and attention on the road. According to the director of traffic safety advocacy and research for AAA, this is not an age problem. Rather, it is a design issue. Design improvements, including simplifying software menus, removing complex center console controls, and improving voice-command technology, would make these systems safer for all drivers and meet the specific needs of older drivers.

One of the main problems associated with touch screens is that the brain cannot automatically map to them. According to the associate professor of mechanical and industrial engineering and director of the National Advanced Driving Simulator at the UI Center for Computer-Aided Design, with a touch screen the driver always has to look down at the screen when operating the system. However, after a few times driving a car, a motorist knows the exact location of the volume button, or the button used to adjust the heat or the air conditioning. The driver does not need to look down every time he or she needs to grab the volume knob.

According to the director of auto testing at Consumer Reports, car companies are years behind smartphone technology when it comes to features such as voice commands. In fact, Consumer Reports recently rated voice command systems that are equipped in new vehicles. Surprisingly, the highest-rated car company only received an OK rating because car design is measured in years and phone design is measured in months. The spokesperson said that car companies should consider recognizing the fact that they are not the experts when it comes to this type of technology, and that smartphone companies are years ahead.

How are Car Companies Addressing These Distracted Driving Concerns?

Some car manufacturers believe that large touch screens will prevent drivers from using their phones to access information that they can get from the vehicle’s touch screen system. According to a spokesperson for Google who works for the Android-based touch screen operating system that will be used in all new Volvo and Polestar models, drivers use their phones while they are driving, even though they know it is unsafe and can cause serious accidents. Google is simply making an on-board technology available that is safer and less distracting than pulling out a smartphone. The Volvo Android system will have a fixed template, wherein the controls are in the same place across all apps. The Volvo system will also have voice control, which could eliminate the need for a touch screen or physical controls.

Mercedes-Benz recently introduced a 56-inch screen that takes up almost the entire width of the vehicle. In addition to the significant wow-factor that the vehicle’s Hyperscreen provides consumers, a touch screen on the center of the console provides a high-tech display that allows the front-seat passenger to watch movies. The Hyperscreen is designed with advanced voice commands and eye-tracking technology. If the driver takes his or her eyes off the road and starts watching the movie, the system will automatically shut the movie off. Once the driver’s attention is back on the road, the movie will turn back on.

What Should Consumers Keep in Mind When Purchasing a New Vehicle?

Consumers have a lot to consider when purchasing a new vehicle. New cars are equipped with a wide range of features, ranging from advanced safety technology to large, in-vehicle infotainment systems. Safety should always be a top priority, so consumers are urged to keep the following tips in mind:

What Do Motorists Need to Know About Distracted Driving?

Whether a vehicle is fully loaded with advanced safety technology and large touch screens or not equipped with these features, motorists are strongly urged to make safety a priority and avoid distracted driving behavior. In addition, drivers should keep the following facts about distracted driving in mind:

If you or someone you know was seriously injured in a distracted driving accident, do not hesitate to contact the Los Angeles car accident lawyers at ACTS Law. Large touch screen technology can cause drivers to become distracted and their attention taken off the road. We will determine who is responsible for causing the accident and seek the financial compensation you deserve for your injuries. We will continue to fight for you until you are completely satisfied. To schedule a free, confidential consultation, call us today at 833-ACTS-LAWopens phone dialer or contact us online.

With offices in San Diego and Los Angeles, we proudly serve clients throughout Southern California.