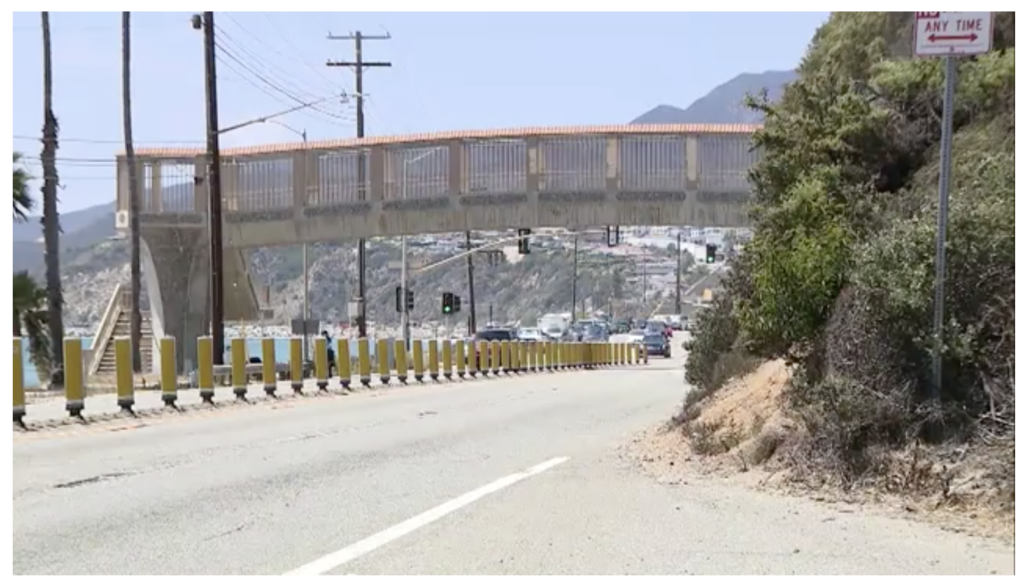 SANTA MONICA, CA (FOX 11) – On Thursday, a jury ordered the City of Los Angeles to pay $9.2 million in damages to a bicyclist who was left severely injured after he was hit by a truck on PCH in Santa Monica.

On July 8, 2014, Robert Watts was riding his bike northbound on PCH about 180 feet south of Porto Marina Way when he was forced to veer onto the main roadway to avoid fallen debris. ss

The portion of the road where cyclists ride suddenly disappears and is swallowed up by the hillside, which forces riders to veer into traffic.

“He didn’t realize the roadway was blocked when he was going full speed, so he had to merge into the lane, and there was a truck driving by the lane that clipped him,” said Boris Treyzon of ACTS law firm, who is representing Watts. “He fell down, hit his head, he suffered a severe brain injury.

Treyzon said the injury left Watts permanently disabled, unable to work or take care of himself, and left him destitute from his medical bills.

Treyzon said at the time, CalTrans was paying the city of Los Angeles to clean and maintain the road, but the city never fulfilled its responsibility.

“They just didn’t do it, they didn’t even have the equipment to do it,” Treyzon said.

For that reason, in 2015, Watts sued the city for dangerous condition of public property, and negligence.
On Thursday, more than three years later, a jury sided with Watts, and ordered the city to pay Watts the damages.

Despite the judgment, and after more than four years, the city still hasn’t cleared the debris from the road. FOX 11’s cameras witnessed bicyclists having to swerve into traffic to avoid it, and Treyzon believes it’s only a matter of time before someone gets killed.

“To this very day, the slide is still there, there’s no warning sign, there’s no flashing light, and there’s nobody cleaning it up,” Treyzon said. “I think the only way you can describe is it is atrocious and callous, they simply don’t care, and until somebody makes them care, this is going to continue.”

The city told FOX 11 they are reviewing their options, which includes possibly appealing the judgment.