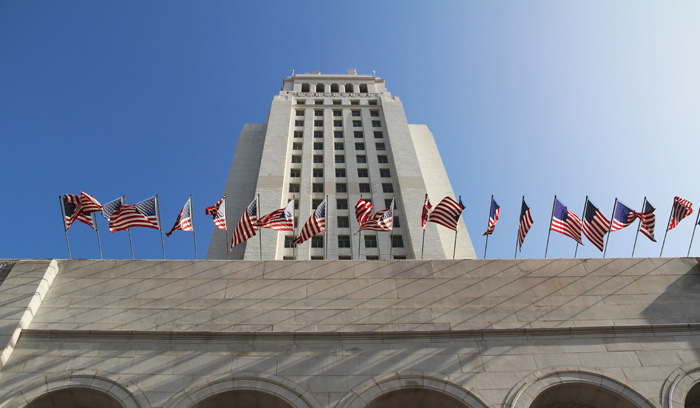 The Los Angeles City Council agreed Wednesday to pay $1.5 million to settle a lawsuit filed by the family of Ezell Ford, whose 2014 killing by LAPD officers became a local touchstone in the national outcry over police shootings.

The 10-2 vote approving the settlement comes two weeks after L.A. County Dist. Atty. Jackie Lacey announced she would not criminally charge the two officers who shot Ford during a scuffle in his South L.A. neighborhood.

It also adds to the growing financial fallout from deadly LAPD shootings. In December, the city agreed to pay more than $8 million to settle lawsuits stemming from the fatal shootings of three unarmed men. City officials cited costly police-related payouts when they recently decided to borrow money to help pay for legal settlements and explore ways to build trust between the LAPD and some residents.

The two council members who voted against the settlement — Mitchell Englander and Joe Buscaino, both reserve officers for the LAPD — described the shooting as tragic, but said they cast their votes because they believed the officers acted appropriately during the encounter with Ford. Both said the city should not have paid anything.

“The right path would have been to not settle at all,” said Buscaino, a former full-time LAPD officer who represents Watts and other neighborhoods.

A lawyer representing Ford’s family was blunt when asked about the councilmen who voted against the agreement.

The settlement, Treyzon said, reinforces what Ford’s mother has believed since her son was killed: that police acted inappropriately when they shot him.

“This settlement, while bringing closure to the legal end, will allow her to do good in her son’s name,” Treyzon said. “Given her standing in the community, I’m sure a lot of good will come of it.”

Approval of the payout, however, drew a rebuke from the union representing rank-and-file LAPD officers, which said the city should have contested the claim in court using Lacey’s finding that the officers acted lawfully to defend themselves and others.

“This fiscally irresponsible pattern of settling civil claims, in spite of legal and investigative findings supporting police officers’ actions, is sending the wrong message to trial lawyers that the city’s treasury is nothing more than an ATM,” a statement from the union said.

The Aug. 11, 2014, shooting of Ford, a 25-year-old black man, generated controversy almost immediately. More than two years later, local activists and others use his death as an example in their ongoing criticism over how officers interact with black and Latino residents. Many — including those with the Black Lives Matter movement — still describe the shooting as an unjust killing, continuing to chant Ford’s name along with others killed by police.

Ford, who had been diagnosed with schizophrenia and bipolar disorder, was walking on West 65th Street near Broadway when two officers assigned to an anti-gang unit tried to stop him. After Ford ignored officers’ commands, authorities said, Officer Sharlton Wampler tried to grab him. He later told investigators he thought the 25-year-old was trying to toss drugs.

Authorities said Ford then knocked Wampler to the ground and tried to grab his gun during a scuffle, prompting both Wampler and his partner to shoot.

In 2015, the Police Commission unanimously determined that Wampler violated LAPD policy when he fired at Ford. The board said it looked at the “totality of the circumstances” — not just the moment he fired — and faulted the officer’s decision to approach and physically contact Ford. Wampler’s partner, Antonio Villegas, was cleared in his use of deadly force, but the panel criticized him for drawing his weapon early in the confrontation.

According to a memo sent to the City Council, a copy of which was obtained by The Times, city attorneys believed the Police Commission’s opinion “significantly strengthened” arguments by Ford’s family that the shooting was unjustified because it stemmed from the decision to stop Ford. The attorneys also noted the high-profile nature of the case, saying it had “garnered nationwide media attention and scrutiny.”

The Ford family had previously been seeking $5 million, a settlement demand that was rejected by the city in March, according to the memo.

Wampler and Villegas sued the city last summer, alleging that they were being kept on desk duty because of racial discrimination and retaliation by their superiors. Wampler is described in the lawsuit as Caucasian, though department records have listed him as Asian American. Villegas is Latino.

The lawsuit is still winding its way through court. An attorney representing Wampler and Villegas declined to comment on Wednesday’s settlement.