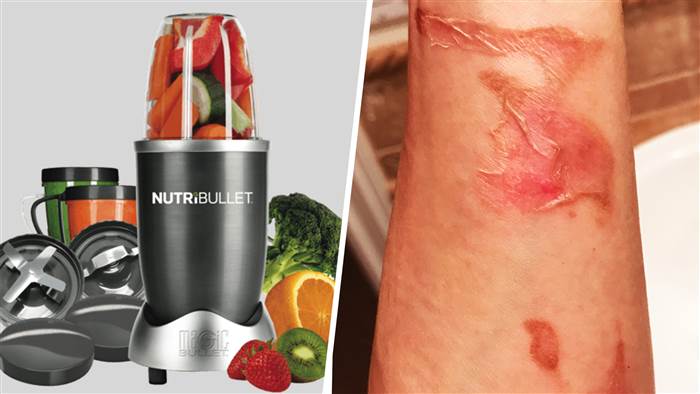 NutriBullet blenders are reportedly exploding: Here’s how to stay safe

The last thing you need — or want — while making your morning smoothie is a blender that explodes.

But according to a lawsuit filed in November, at least 22 people are alleging that is exactly what happened when they used a powerful NutriBullet blender. This isn’t the first time safety concerns have been raised about the device, but how do you avoid becoming a victim if you’re an avid NutriBullet user? TODAY Food talked to culinary experts to find out how blender owners can protect themselves from potential injury and alternatives to consider in the kitchen.

Doug Rochen, an attorney representing some of the people who allege that they’ve been severely burned by exploding NutriBullets, told TODAY that when the alleged incidents occurred, his clients were using the devices correctly (with cool or room temperature ingredients), but that a manufacturing defect caused pressure and heat to build up in the blender pitchers, making them blow up.

He added that more people have come forward with claims and his firm, ACTS Law, is currently running ads seeking additional people who’ve been injured by the blender.

opens in a new windowRead the entire article here