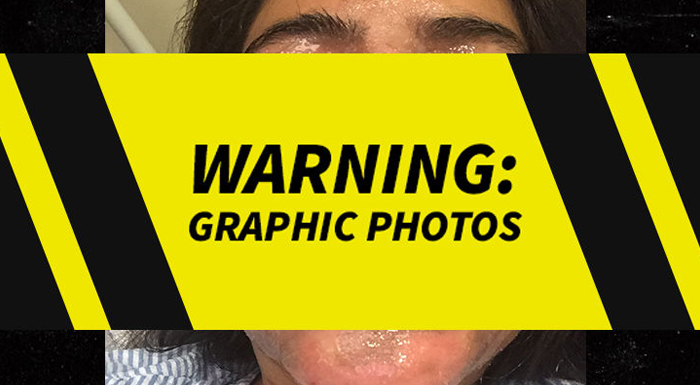 NutriBullet‘s catching heat again … this time for allegedly burning one of its customers and leaving her with some horrific injuries.

Fabiana Nishioka is suing the uber popular blender company over a Pro 900 model she says exploded while she was making hummus. According to the suit, the explosion sent scalding ingredients onto her body … causing painful burning to her face, neck and chest. The alleged damage is clear in the photo.

In the docs, obtained by TMZ, Fabiana says the burning was so bad it likely caused permanent disfigurement to her neck. She’s suing for an undisclosed amount of cash.

NutriBullet was  opens in a new windowsued by another woman last year who claimed the same product chopped her hand. She also had some gruesome pics.

Fabiana is repped by the  opens in a new windowAbir, Cohen, Treyzon & Salo LLP.

We’ve reached out to NutriBullet … so far no word back.