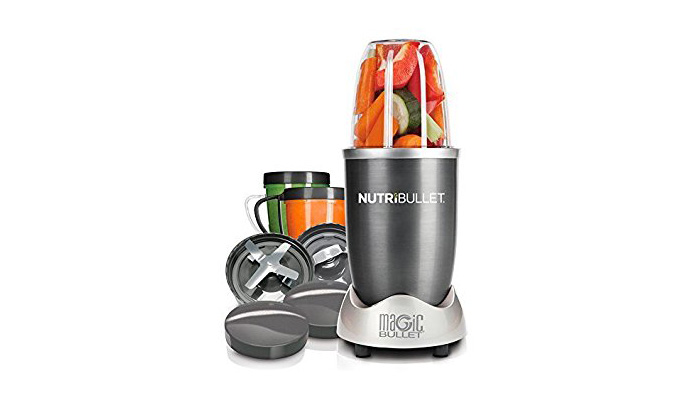 A woman has sued a fashionable blender company, claiming the device exploded which led to the spinning blades chopping her right hand.

Wendy Littlefield, from Henderson in Nevada, had used her Magic Bullet NutriBullet 900 series machine to blend canned tomatoes and beans.

However, in a lawsuit, she claims the device ‘suddenly malfunctioned’, causing severe injuries to her right hand which left her with severe nerve damage and cuts.

She claimed her injuries were caused by the negligence of Homeland Housewares, who manufacture and distribute the kitchen gadget.

She said they should have known the machines were ‘unreasonably dangerous and defective when used for its intended use’.

She claims she is entitled to compensation – for an amount yet to be determined – as well as general damages for pain, suffering, emotional distress and disfigurement.

In her lawsuit, her attorneys at Abir Cohen Treyzon Salo, LLP, said she had incurred medical and hospital bills and will require further medical care for the injuries she sustained.

Her husband Darryl also alleges that, as a result of his wife’s injuries, their ‘marital association has been altered’.

He also claimed to have suffered ‘mental anguish’ from seeing his wife sustain the horrific injuries to her hand.

Writing on Facebook, her daughter, Cambrie said: ‘My mother’s life will never be the same, considering she will likely never be able to use her dominant hand again and she rides a roller coaster of never-ending pain and constant surgeries. This is a tragedy I hope no one else has to endure.’

The kitchen gadget, which can smash and blend fruit, vegetables and nuts into nutritious drinks, is at the center of many people’s New Year health regime.

It is favored by celebrities and even the Duchess of Cambridge is rumored to have one.
MailOnline have contacted NutriBullet for a response.