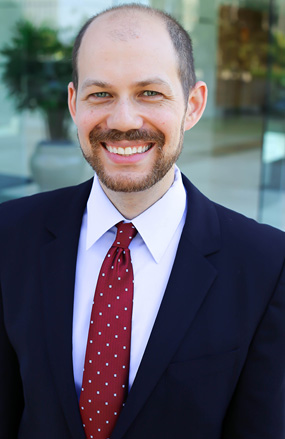 David Bederman is an Associate with Abir Cohen Treyzon Salo, LLP. He specializes in business litigation, insurance bad faith and intellectual property enforcement. David also works in the areas of civil rights and catastrophic personal injury. From the inception of his legal career, David has dedicated his efforts to writing, opposing, and arguing motions in federal and state courts, with a focus on opposing dispositive motions that can potentially dismiss an entire case before his clients have had their day in court. Prior to joining the firm, David honed his skills at a major asbestos litigation firm in Los Angeles, where he specialized in litigating on behalf of plaintiffs suffering from mesothelioma, the asbestos-related cancer. He worked at a plaintiff-side firm in San Francisco, where he developed a working knowledge of defective pharmaceutical and medical device litigation. He also worked at a multi-office insurance defense firm, where he served on a team dedicated to briefing and arguing motions.

Mr. Bederman graduated Order of the Coif from Loyola Law School in Los Angeles in 2012. While in law school, David served as a Senior Technical Editor of the Loyola Law Review, and a judicial extern for the Hon. Gary Allen Feess of the United States District Court for the Central District of California. He obtained his Bachelor of Arts degree in International Studies and Psychology from Northwestern University. He was admitted to the California State Bar in 2012.