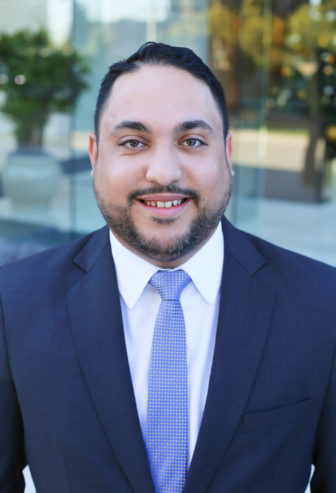 Farid Golshani is a Senior Associate at Abir Cohen Treyzon Salo LLP. Mr. Golshani joined the firm in 2013, where he has focused on assisting property owners with recovering what is rightfully owed to them under their insurance policies. Mr. Golshani worked full time with the firm while attending Southwestern Law School’s part-time evening program. Thanks to his years of experience in the field, Mr. Golshani has amassed substantial experience in policy interpretation and coverage.  As a result, Mr. Golshani has been consistently successful in achieving unbeatable results in collecting settlements from insurance carriers, including multiple seven-figure settlements. Mr. Golshani remains committed to tireless advocacy for his clients.

Mr. Golshani received his Juris Doctorate from Southwestern Law School. Mr. Golshani earned two Witkin awards for his academic success at Southwestern. Prior to law school, Mr. Golshani received his undergraduate degree in political science from University of California, Berkeley in 2010.  While at Berkeley, Mr. Golshani volunteered at East Bay Community Law Clinic where, under the supervision of a staff attorney, he was able to help provide many individuals with limited financial capacity with legal assistance. He was admitted to the State Bar of California in 2018.