There is no way to properly describe what it is like for a person who suffers a catastrophic injury, as the aftermath can be devastating for an individual and their family. It could result in a permanent disability or, in the worst-case scenario, death. The impacts of these injuries can have a significant impact on not only the victim, but also their spouse, dependents, caregivers, close friends, and relatives. The needs of the victim after a catastrophic injury may include the following:

The weeks, months, and years after a major injury can be a long road that consists of the victim not being able to work because they have become disabled because of their injury. That means they will not be drawing a salary because they cannot get to work at a time when they see a sharp increase in medical bills. Given the burden the injury places on the victims and their family from a physical, emotional, and financial perspective, it makes sense to seek professional legal help. An experienced catastrophic injury lawyer can provide valuable assistance for victims and their families.

What is a Catastrophic Injury?

There are various medical as well as legal definitions for catastrophic injury. The California Labor Code refers to a catastrophic injury as including, but not limited to, loss of a limb, paralysis, severe burns, or a severe head injury. Other catastrophic injuries include damage to internal organs and permanent loss of vision or hearing. Sexual abuse may also be considered a catastrophic injury, as it can result in long-term health effects, including severe anxiety, substance abuse, depression, eating disorders, post-traumatic stress disorder (PTSD), self-injury, and suicide.

In addition, trauma to the eyes, ears, or brain can result in partial or total loss of one of the senses, which can make life challenging for the victim.

Emergency signs and symptoms of a spinal cord injury after an accident may include the following:

Spinal cord trauma is more than a single event. The initial blunt force damages or kills spinal nerve cells. However, in the hours and days after injury, secondary events, including loss of oxygen and the release of toxic chemicals at the site of injury, further damage the spinal cord. It is important to receive medical attention as soon as possible to avoid further damage and to begin a proper recovery plan with a trained medical professional.

There is an ongoing increase in the number of people who are living with paralysis, but as they continue to age with the injury, the costs associated with treating them increase as well. Each year, paralysis costs the health care system billions of dollars. Spinal cord injuries alone cost roughly $40.5 billion annually, a 317 percent increase from costs estimated in 1998, which was $9.7 billion. People living with paralysis and spinal cord injuries are also often unable to afford health insurance that adequately covers the complex secondary or chronic conditions that are commonly linked with paralysis.

Medical expenses for spinal cord injuries are often well in excess of $1 million. Of course, the exact costs vary depending on the severity of the injuries and the number of medical services needed. Some of the most common sources of expense include the following:

One year after the injury, only 11.7 percent of people with a spinal cord injury are employed. At 20 years post-injury, the figure is 35.2 percent. Consequently, the loss of earning potential is one of the most significant expenses for spinal cord injury survivors. Even if the victim can go back to work, they will still have to take time off to recover from their injuries. Unless the employer continues to pay the victim’s salary as they recover, they can expect to lose significant income.

The long-term costs of spinal cord injuries are not readily apparent, particularly when the victim is focused on just surviving. Some of the additional expenses victims could incur include the following:

How Common Are Catastrophic Injuries at Work?

The Bureau of Labor Statistics (BLS) keeps records of the number of injuries that occur in the work place every year. Even though the calculations do not factor in the amount of catastrophic injuries, it does break out totals for fatal and traumatic injuries. Totals for 2018 include the following:

Among those occupations that are of greatest rick of catastrophic injury include pilots, roofers, loggers, fishermen, and construction workers.

How is Negligence Determined in California?

In the state of California, the civil code specifies that residents are responsible for an injury caused to another by want of ordinary care or skill in the management of their own property or person. That means that if a person while using what the court determines to be reasonable care, skill, or judgment should have anticipated the possibility of causing harm to someone, they can be deemed as negligent in the cause of that injury. However, when both parties are partially at fault, state laws vary in interpreting the degree to which negligence is shared.

The state’s civil code also allows for what is known as comparative negligence, which attributes partial blame to both the victim and the person who caused the injury. In those cases, the court will assign blame based on a percentage and require that both parties pay their percentage of the overall reward. In other words, if a victim is 20 percent responsible and the other person is 80 percent responsible, they spilt the cost based on those percentages. Whatever the final reward, the defendant must pay 80 percent of it.

State laws are always changing year to year. Given the fluidity of those rules, victims of catastrophic injuries should always seek legal advice from an seasoned lawyer to ensure they obtain the best possible outcome for their case. Although financial compensation cannot undo the suffering endured by victims and their families, it can help relieve the financial burden so they can focus on rebuilding their lives.

How Much Can Victims Receive for Catastrophic Injury Claims? 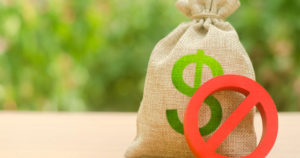 There is no set amount that a victim will receive in a catastrophic injury claim, as the amount can differ significantly depending on the case. Because each case is different with different circumstances and different participants, there is no guarantee as to the outcome.

However, the experienced San Diego catastrophic injury lawyers at ACTS Law have collectively recovered more than $500 million for personal injury victims. The following represent examples of past cases that were successfully handled by our firm:

Specific secondary conditions that may arise due to paralysis from spinal cord injuries include the following:

Family members may also suffer fatigue and emotional distress because of the burdens of acting as caregivers and handling the ongoing disruption of normal daily life.

Cost of Care in the Aftermath of Catastrophic Injuries

To care for a person’s needs after they suffer a catastrophic injury, they might require several types of services, equipment, and support systems. The costs of those services could be astronomical and could include paying for a combination of the following:

Some victims of catastrophic injuries might not have health insurance that will cover the costs. Some alternative options include Medicaid, which might be available at some costs. Medicaid covers approximately less than three percent of

How Much Time is Allowed to File a Case? 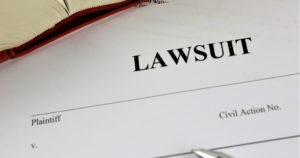 In California, a victim of a catastrophic injury or the family members of a person killed has two years to file a lawsuit from the time of the accident. A person has standing in a lawsuit if they are involved in an action that includes an assault, battery, or injury to or death of an individual that was caused by the wrongful act or neglect of another.

Should a person attempt to file their case after the two-year timeframe has expired, they will automatically lose the case unless they can demonstrate an extraordinary or unusual circumstance, but even then the argument will have to be significantly convincing.

If a person plans to file a case against an entity of the city, county, or state government, the victim only has six months or 180 days.

According to the Consumer Product Safety Commission (CPSC), Americans pay more than $1 trillion annually because of deaths and injuries from defective products.  The CPSC was created to protect consumers from products that post risk of a fire, chemical, electrical, or chemical hazard. Examples of wrongful death and injuries from defective products include the following:

If someone was injured by a defective product, they may file a complaint with the CPSC. However, the agency is not obligated to investigate a claim. To determine the validity and potential value of a victim’s claim, a qualified lawyer should be contacted.

What Are Common Causes of Catastrophic Injuries?

There are many ways a catastrophic injury can occur, including the following:

The leading causes of catastrophic injuries are vehicular accidents, workplace accidents, and violent incidents, including those involving firearms.

How Can a Catastrophic Injury Claim Help Victims?

Most times, a catastrophic injury is caused by the results of negligent actions by one or more parties. Those victimized by negligence or willful endangerment that suffer a catastrophic injury can sue those parties responsible for the injuries. Such a claim helps victims recoup losses they suffered for their pain and suffering, including the following:

A catastrophic injury claim can result in substantially higher compensation than other personal injury claims, but they are also more complicated. In California, there are statutes of limitation for pursuing certain types of lawsuits.

If you or a loved one suffered a catastrophic injury, you are urged to contact the San Diego catastrophic injury lawyers at ACTS Law. We have the knowledge and resources to examine the circumstances of your case, and we will fight to ensure that you receive the compensation to which you are entitled. Our team is dedicated to protecting your rights and making this process as easy as possible. To schedule a free, confidential consultation, call us today at 833-ACTS-LAW opens phone dialeror contact us online.

With offices in San Diego and Los Angeles, we proudly serve clients throughout Southern California.