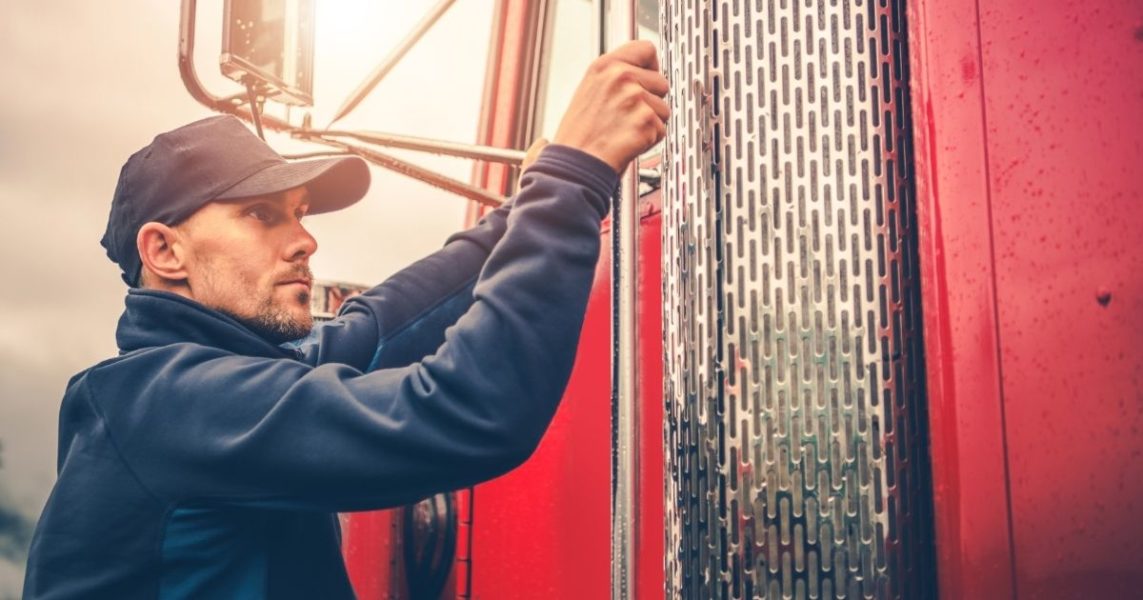 A commercial truck can weigh up to 80,000 pounds. Considering that the average car weighs just 4,000 pounds, it is easy to see how a truck accident can be severe or even deadly. In fact, data from the opens in a new windowU.S. Department of Transportation’s Fatality Analysis Reporting System (FARS) showed that large trucks were responsible for 4,119 fatalities in 2019, and 67 percent of those deaths were occupants of other passenger vehicles. Due to the sheer size and weight of a commercial truck, an accident with one can cause catastrophic injuries.

If an injured victim decides to pursue a legal case, it is important to determine who is the liable party. In some cases, the truck driver may be responsible for the collision.

It is important to know that there are different types of commercial truck drivers that can be held liable. The common types of truck drivers include:

Regardless of whom they work for or how they operate, truck drivers have a duty to drive responsibly and safely. A lawyer can determine who should be held accountable in a truck accident case. It could be more than one party, and sometimes the truck driver is responsible for an accident.

An accident can happen as a direct result of a truck driver’s negligence. Listed below are some scenarios when a truck driver could be held liable for a collision.

Some truck drivers break road rules. A truck driver may speed, make unsafe lane changes, tailgate, not use signals, drive aggressively, or commit other driving infractions. Due to the size and weight of a truck, reckless driving on the driver’s part can cause an exponentially worse accident than one involving two cars.

Even though federal regulations mandate how long a trucker can drive without a break, some push themselves to meet deadlines or make up for lost time. They may forego rest and sleep breaks or work too many days in a row. Whatever the reason, a drowsy truck driver cannot make good driving decisions or react quickly. Some important federal regulations include:

Maximum 11-hour driving limit after 10 consecutive hours off duty.
Mandatory 30-minute break after eight cumulative hours of driving.
A truck driver cannot drive after 60 to 70 hours on duty in seven out of eight consecutive days.

Like other drivers, truck drivers have cell phones that may distract them. They are not immune to talking or texting while driving. Truck drivers may also have in-cab radios and other distractions, such as navigation systems, music, food, and beverages. Distracted driving is anything that takes a truck driver’s eyes off the road, hands of the wheel, or mind off of driving.

Driving Under the Influence

Truck drivers may need medications for a medical condition. Some medications cause drowsiness or brain fog that could impair driving.

Some truck drivers feel invincible in their trucks during adverse weather conditions. Rain, fog, ice, wind, and snow require every vehicle on the road to drive more cautiously. For example, a truck driver who causes an accident by speeding on a slippery road can be held liable.

Truck drivers need a special commercial driver’s license (CDL) to operate a truck. In addition, their license must specify the type of truck they are legally allowed to drive. Certain truckers will also need endorsements to carry passengers, to drive a tanker, or to transport hazardous materials.

Acting Outside the Scope of Duties

There have been cases in which a truck driver has caused an accident outside the scope of their official job duties. The cause of the truck accident is crucial to how a potential lawsuit will progress. A lawyer can guide the process, prove liability, and protect the victim’s rights. Insurers will often try to pin the blame on the victim.

When are Other Parties Liable for a Truck Accident?

A truck accident case is rarely clear. Various parties can be held liable, depending upon the circumstances. Some other potential parties include:

Trucking company: A trucking company hires drivers or contracts with independent drivers. Either way, the trucking company can be responsible for hiring a negligent driver who caused an accident. In addition, they may have cut corners on safety, such as forgoing truck inspections or needed repairs. They may also have unrealistic or illegal policies, pushing their drivers to make unrealistic deadlines.
Truck owner: Some trucking companies lease trucks from owners. Federal regulations govern the inspection and maintenance of trucks. It is the owner’s responsibility to ensure the trucks are adequately maintained and safe to drive. When that does not happen, the truck owner could be held liable for an accident.
Cargo loader or cargo owner: There are weight regulations and safe-loading guidelines that must be followed. Sometimes, a product manufacturer will load the truck straight from their factory. Other times, a logistics company or warehouse will load the cargo. The cargo loader could be responsible if a truck causes an accident due to shifting or too much weight.
Truck or parts manufacturer: Sometimes, the fault lies with the truck or parts manufacturer or assemblers. A failed system, such as brakes or steering, can cause a truck to lose control. Faulty tires can also cause truck accidents.

What Steps Should I Follow After a Truck Accident?

Seek medical care by calling 911. Accept medical attention from first responders, even if the injuries seem minor.
Go to the doctor after the truck accident. Seek medical care after the accident for a checkup and when symptoms arise. Some symptoms may take days or weeks to appear.
Cooperate with the police, but do not overshare information. Do not admit fault or responsibility for the accident to any person or official on the scene or at a later time.
Collect information. Get the truck driver’s contact and insurance information.
Take cellphone pictures and videos of the accident scene. Take pictures or videos of property damage, vehicle locations, road conditions, weather conditions, injuries, and strewn parts.
Talk to bystanders and witnesses. Get their statements and contact information. People are often quite willing to provide witness statements at the scene of the accident or later.
Avoid speaking to other parties. Do not talk with the trucker’s insurance company or anyone else who asks about the accident. Refer them to your lawyer.
Hire a truck accident lawyer. A lawyer knows how to defend against the insurer’s claims and prove who is at fault. A truck accident victim should never accept an insurance officer without consulting a lawyer first. Holding the correct party responsible requires the investigative skills, knowledge, and resources of a lawyer.

A truck accident can cause lifelong injuries and staggering medical bills. Holding the right party responsible for the accident is essential. If you were injured by a negligent truck driver, we can help prove your case. Speak to one of our Los Angeles truck accident lawyers at ACTS Law today for legal assistance after a severe truck collision. For a free consultation and to learn more about your options, call 833-ACTS-LAWopens phone dialer or contact us online. We proudly serve residents throughout Southern California from our offices in Los Angeles and San Diego.