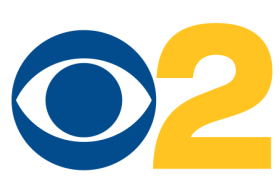 LOS ANGELES (CBSLA.com) — The Los Angeles City Council approved a $1.5 million payment Wednesday to settle a lawsuit filed by the parents of Ezell Ford over his fatal shooting by police three years ago.

The announcement comes just weeks after the district attorney’s office declined to press any charges against the officers, Sharlton Wampler and Antonio Villegas, who shot Ford on the evening of Aug. 11, 2014.

In January, the district attorney’s justice system integrity division concluded that Wampler and Villegas “acted lawfully in self-defense and in defense of others” when they shot Ford.

According to the lawsuit filed in March 2015, Wampler and Villegas “intentionally and/or negligently fatally shot unarmed decedent Ezell Ford multiple times with their firearms” after he had complied with their order to lie on the ground.

A tentative agreement between attorneys for Edsell and Tritobia Ford, and the city was announced in November.