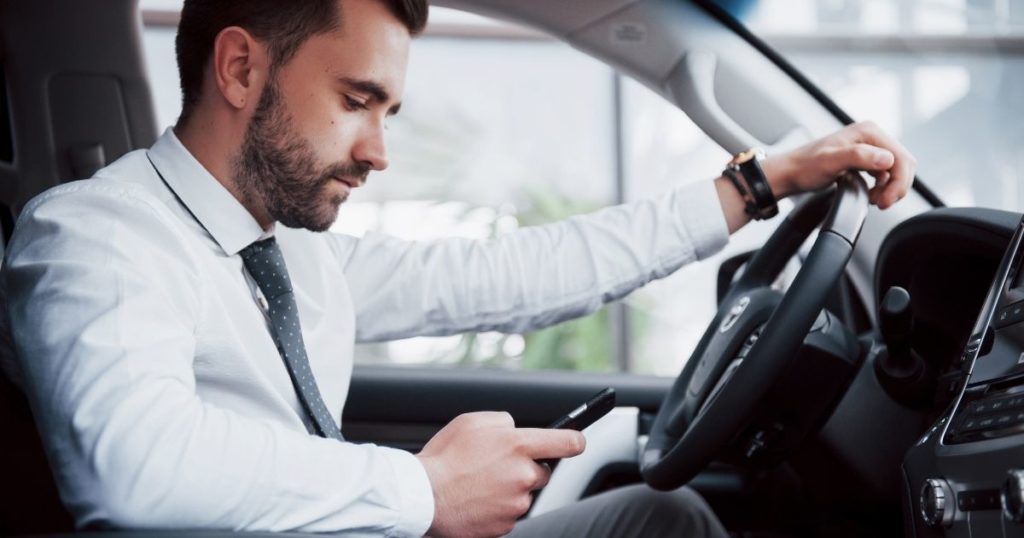 One of the best ways to avoid being involved in a car accident is to avoid unsafe driving behaviors, like distracted driving, speeding, drunk driving, and drowsy driving. However, even the safest, most experienced motorists can be involved in a serious accident if another driver is tailgating, weaving in and out of lanes, cutting off other motorists, speeding, or engaging in any other types of reckless driving behaviors.

Reckless driving encompasses a range of unsafe driving behaviors, some of which are obvious and easy to recognize, while others are harder to spot. For example, it is very easy to spot a motorist who is weaving in and out of lanes, but it is less obvious to notice when a motorist is texting while driving. Some common signs of reckless driving include:

What is the Difference Between Reckless Driving and Road Rage?

There are several driving situations that can cause motorists to become frustrated, impatient, and angry. For example, if a motorist gets stuck behind a slow-moving truck and they are running late for work, this can be extremely frustrating. Getting stuck in bumper-to-bumper traffic can also cause motorists to engage in reckless driving behaviors, like switching lanes or tailgating. However, when reckless driving escalates and the driver becomes aggressive, the situation can quickly become very dangerous.

How Do I Protect Myself from Reckless Drivers?

Despite one’s best intentions to make safety a priority, to follow the rules of the road, and avoid some or the common causes of serious car accidents, one cannot control the actions of other motorists. However, there are proactive steps a motorist can take to reduce the risk of a serious car accident involving a reckless driver. Listed below are ways a driver can protect themselves against a reckless motorist.

Focus on the Road

Driving can become second nature, particularly when a motorist drives the same route every day or is taking a long road trip where a motorist is behind the wheel for hours at a time. While it can be easy for the mind to wander or become distracted, it is crucial that the driver remain alert and focused when they are behind the wheel. The more focused a motorist is on the road and the other vehicles in the vicinity, the more likely it is that they will be able to react quickly and avoid reckless drivers.

Following too closely to another motorist can increase the risk of a serious accident. There is no way to know if another driver is going to suddenly slam on the brakes. A good rule of thumb to follow is to maintain a three-second following distance. The motorist should focus on a fixed object, like a pole or an overpass. If their vehicle passes that object in less than three seconds, they should slow down.

Heavy traffic is one of the leading causes of aggressive driving. If it is at all possible, motorists should try to avoid driving when traffic is the heaviest, including rush hour and during the holidays.

If a motorist is driving recklessly, they may not check their blinds spots before switching lanes. Avoid lingering in any vehicle’s blind spot, particularly if the vehicle is a large truck as they have much larger blind spots. In addition, motorists are urged to check their blind spots regularly and check over their shoulder before changing lanes.

Distracted driving is one of the most common causes of serious car accidents. Talking and texting while driving are among the biggest culprits. Even a moment of distraction can have devastating consequences if a motorist causes a serious car accident. According to the National Highway Traffic Safety Administration (NHTSA), sending or reading a text takes a motorist’s attention off the road for an average of five seconds. If they are traveling at a speed of 55 miles per hour, this is comparable to driving the entire length of a football field with one’s eyes off of the road.

Do Not Take Another Driver’s Behavior Personally

While it may be tempting to react to another motorist’s reckless driving, this will only escalate the situation. The best way to avoid an accident with a reckless driver is to stay calm and not engage with the other motorist. Give the other driver as much space as possible, change lanes, or exit the highway if the driver continues to jeopardize the safety of the motorists in their vicinity.

All motorists are expected to follow the rules of the road at all times. From obeying the speed limit, to using turn signals appropriately, to maintaining a safe following distance, traffic laws are in place to keep motorists safe. Failure to do so can increase the risk of a serious car accident.

Use Extra Caution Around Holidays

Motorists are urged to use extra caution when driving during the summer months, particularly on weekends when road travel is the busiest. In addition to the increased traffic, there are more drunk driving accidents during the summer months. Drowsy driving accidents are also common due to the number of motorists who are driving home late after a party or a long day in the sun.

If you were seriously injured in a car accident involving a reckless driver, you are urged to contact the Los Angeles car accident lawyers at ACTS Law. Accidents caused by reckless drivers can be physically and emotionally traumatic, but our dedicated legal team will stand by your side. To schedule a free, confidential consultation, call us today at 833-ACTS-LAWopens phone dialer or contact us online. Located in Los Angeles and San Diego, we serve clients throughout Southern California.